Final cream for the bust

Derris Scandens is a natural herb that effectively relieves joint and muscle pain, arthritis and rheumatism. It fights against fatigue and has anti-inflammatory and anti-bacterial properties. 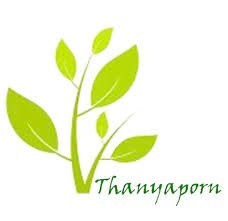 Derris scandens is a medicinal plant of the Fabaceae family

It is characterized by a high content of flavonoids and isoflavonoids. For the Siamese, today the Thais, this plant has been known in traditional medicine since prehistoric times and is found specifically in the treatment of joint and muscle problems.

In recent years, this plant has attracted more and more interest, supported by intensive scientific and at the same time pharmacological research, as well as in clinical studies in the treatment of arthritis-like pain.

Dried leaves and flowers work surprisingly well, even today, and continue to relieve joint and muscle discomfort, especially in the area of ​​degenerative inflammatory joints and their muscles. This plant therefore also relieves pain, Derris scandens is an excellent alternative for people who do not want to resort to steroids and non-steroidal anti-inflammatory drugs.

What are the beneficial effects of Derris scandens?

In TTM (traditional Thai medicine), Derris scandens has been known for generations for its analgesic and anti-inflammatory action in the field of rheumatic and arthritic health problems.

Summary of the effect of Derris scandens

In pharmacies, all analgesics act on the inhibition of cyclogenesis, because NSAIDs (non-steroidal anti-inflammatory drugs) have been known for a long time, so let's keep the non-steroidal substances. Here too, ASAs such as aspirin, paracetamol and other pharmaceutical products have their effect on inflammatory and therefore painful events and all act through receptors which influence these events. These are mainly the influence on the production of prostaglandin.

but also immunomodulating and regulating blood pressure, but above all without side effects

and suitable for use as a long-term medicine in people suffering from painful degeneration of the muscular and musculoskeletal system.

Derris scandens is not toxic even in high doses. It is a free radical scavenger and an excellent antioxidant. Derris scandens is a gift from nature from Thailand for people suffering from pain without having to take into account the risks of steroids and NSAIDs in long term medications.

Derris Scandens is a food supplement:

- It does not replace a balanced diet.

- It is to be used as part of a healthy lifestyle.

- It is strongly advised not to exceed the recommended doses.

- Derris Scandens is not recommended for pregnant women, nursing mothers and children under 15 years of age. Keep out of reach of children.

- Store dry and at room temperature.

- In case of doubt or hesitation, please consult your doctor.

Ingredient in each capsule:

Unlimited number according to request - The delivery time is variable according to the addresses of destinations and varies between 9 and 20 working days.

It is a herbal medicine product that does not contain components  that require a prescription.

This product is legal to sell worldwide.